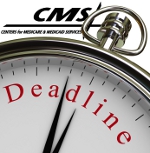 The American Medical Association sent out a reminder this past Friday, May 4th, notifying its physicians of the June 30, 2012 deadline for reporting on at least ten electronic prescriptions in order to avoid the 2013 Medicare reimbursement penalties.

The Centers for Medicare & Medicaid Services (CMS) released the final regulation regarding the 2013 Medicare e-prescribing penalty program last November; physicians who do not report at least ten e-prescribing encounters on claims for eligible services, or file for a hardship exemption, will be faced with a 1.5% payment reduction for all Medicare claims based on the 2013 fee schedule amounts during that calendar year.  Cecil B. Wilson, M.D., immediate past-president of the AMA, said in the reminder that “while we do not think physicians are being given enough time to comply with the Medicare e-prescribing program, we want to make them aware of the upcoming e-prescribing deadline so they can take steps now to prevent being hit with the 2013 penalty.”