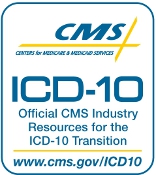 The American Medical Association has sent a letter to acting Centers for Medicare and Medicaid Services (CMS) administrator Marilyn B. Tavenner requesting a further extension to the compliance deadline for ICD-10.  This stands in stark contrast with recent comments by the College of Healthcare Information Management (CHIME) and the American Health Information Management Association (AHIMA) recommending against additional delays to the deadline.

In April, the Department of Health and Human Services (HHS) announced a proposed rule to delay the ICD-10 deadline for compliance by one year to October 1, 2014, in part as a response to healthcare providers’ stated concerns regarding their ability to meet the initial deadline.  The AMA feels that physicians are “overwhelmed with the simultaneous implementation of multiple health IT programs,” and that the ICD-10 transition should be postponed indefinitely if a consensus is not reached within the two-year period.

Medical billing systems like Lytec, Allscripts MyWay, and Medisoft are being updated to handle the approximately 69,000 codes in ICD-10 (as opposed to the 14,000 currently part of ICD-9).  Microwize Technology stands ready to assist providers with the transition.