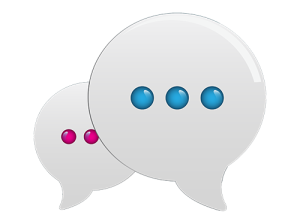 The Office of the National Coordinator for Health IT is a staff division of the U.S. Department of Health and Human Services (ONC).  They recently published nearly 250 public comments that it received regarding the draft of its nationwide interoperability roadmap. The comment period was open for 90 days and ended on May 1, 2015. The draft roadmap is titled “Connecting Health and Care for the Nation: A Shared Nationwide Interoperability Roadmap Draft Version 1.0,” and its goal is to achieve basic electronic health data interoperability by 2017. With the ONC recently announcing interoperability as its main focus for Meaningful Use, the spotlight is on nationwide interoperability and health IT infrastructure.  ONC is responsible for advancing connectivity and interoperability and promotes advancing health IT interoperability as a key element in helping transform the health care delivery system into one that provides better care, smarter spending and healthier people. The roadmap outlines short and long term goals for the next ten years and a revised version of the roadmap is said to be out this summer.

Among some of the comments from well-known entities were those of HIMSS Electronic Health Record Association who applauded the ONC for its effort, but felt that the timeline for interoperability was ambitious. Also commenting was the Association of American Physicians and Surgeons who stated that ONC was overstepping its bounds and interfering with the free market and urged federal government to “scale back its proposals,” noting that “systems for managing medical data are more likely to develop faster and with more efficient results in the absence of government involvement.”

A retired Senior Project Manager stated, “I strongly urge you to vote against the proposed implementation of a National Medical Records System, an intrusive, non-secure storage and retrieval system designed to store and track the private medical data of US citizens, citizens who rightfully expect their personal information and effects to be secure from government inspection. I hold a Masters of Science in software engineering, and I guarantee that the database system you intend to build, regardless of your intentions for security, will be compromised.”

Microwize Technology has been helping physicians to adopt EMR and achieve interoperability since 1997. One size does not fit all and that is why they offer Medisoft Clinical and Lytec MD for practices that have been using Medisoft and Lytec, McKesson Practice Choice for startup practices looking for a monthly fee and cloud based system, and Greenway PrimeSUITE for the busy practice with multi-physicians and multi-specialties. Greenway’s integrated EHR, practice management and interoperability solution PrimeSUITE, currently provides the optimal quality data and exchange necessary for PQRS reporting.