Could ICD-10 Delay Be a Threat to Our National Security? 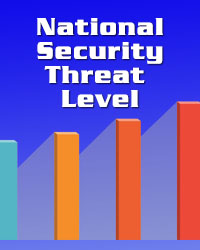 Though there have been delays and many continue to lobby for further delays citing that ICD-10 ‘costs too much’, has ‘too many codes’, and has ‘too many other mandates’, there are many that are championing the new code set.  One such advocate states that another delay could threaten national security.

Juliet Santos of consultancy Leidos Health recently published an article at ICD-10 Monitor that states, “Sicknesses and plagues have become weapons in modern-day warfare. Weaponized bioterrorism is rampant in other countries. … We cannot prevent, monitor, track, manage, and control what we cannot see or find,” referring to the ICD-9 code set which, for example, has no code specifically for Ebola.  It would come under classification 078.89, Other specified diseases due to viruses, a non-descript designation used for multiple viral. In ICD-10, Ebola will have its own code–A98.4, Ebola.  With ICD-10 coding, pandemics, epidemics, weaponized bioterrorism, and other national health threats can be tracked unlike ever before.

In her article, Ms. Santos goes on to state that another delay will lower the return on investment in EHR and health data exchanges as each delay causes more implementation costs. She feels that weaponized bioterrorism is rampant in other countries and if this happened here in the U.S., we would need the robust infrastructure that ICD-10 provides for accuracy in monitoring medical conditions, levels of severity, casualties/death rates, etc. She states that using ICD-9 is “akin to having a blind side due to its non-specific and sometimes missing codes and an inability to quickly create new ones.”

The lack of specificity in ICD-9 coding hampers the U.S.’s ability to track diseases and it also makes it more difficult to share information with the rest of the world.  The American Health Information Management Association (AHIMA), an association of health information management (HIM) professionals worldwide, related information from the Department of Communicable Disease Surveillance and Response, World Health Organization stating that the U.S. is the only industrialized nation not using an ICD-10–based classification system for morbidity purposes making it difficult to share disease data internationally at a time when such sharing is critical for public health, and thus limiting our ability to respond to global threats.  The US belongs to the World Health Organization, requiring member states to notify the organization of all events that constitute a public health emergency of international concern. Adoption of ICD-10 codes would facilitate the sharing of information nationally and globally.

For over a year now, medical billing software such as Medisoft version 19 and 20, Lytec versions 2014 and 2015, Practice Choice and Greenway Prime Suite version 17.10 have been ready for the ICD-10 changes.