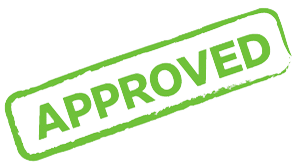 On March 26th the U.S. House of Representatives passed legislation (with a 392-37 vote) to permanently replace the Medicare sustainable growth rate formula and reimbursement mechanism.  The senate did not review the bill before its 2 week recess.  Mitch McConnell, R-Ky., said that the Senate will act quickly on the legislation when the session resumes on April 13 stating, “I think there’s every reason to believe (the doc fix) is going to pass the Senate by a very large majority.” The new reimbursement will have doctors seeing a 0.5% annual payment increase for the next five years, and value-based payments after that time. It also encourages providers to participate in alternative payment models focused on patient outcomes, with providers participating in qualifying models receiving a 1% annual rate increase beginning in 2026

Multiple physician members of the chamber never mentioned ICD-10 when speaking for the bill and while the bill does not extend the ICD-10 deadline which is now set for October 1, 2015, it did include new policies including a national objective that interoperable electronic health records be nationwide by the end of 2018, and a Merit-Based Incentive Payment System (MIPS) for meaningful use (MU) reporting (Physicians who receive a significant portion of their revenue from alternative payment models, including from private payers, would be exempt from MIPS). To simplify the quality reporting burdens for providers there will be consolidation into one system several federal incentive programs including the EHR incentive program, the Physician Quality Reporting System and the value-based payment modifier established under the Affordable Care Act, which has eligible providers receiving maximum bonuses and MU penalties replaced with maximum of 4% payment adjustments (penalties or bonuses) through 2019 and up to 9% through 2022.

The bill also addressed interoperability with legislation mandating that United States Department of Health and Human Services (HHS) work with stakeholders to develop measures to quantify interoperability by July 2016 and declaring “a national objective to achieve widespread exchange of health information through interoperable EHR technology nationwide by December 31, 2018”.