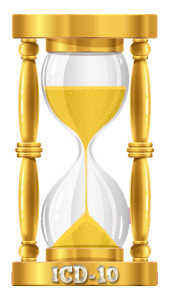 Though groups like the Texas Medical Association and the National Physicians’ Council for Healthcare Policy have been lobbying for a two-year delay for ICD-10 diagnostic and procedure codes implementation, the proposal seems to not be going forward in Congress.

House Rules Committee Chair Pete Sessions (R-Texas) and House Energy and Commerce Committee Chair Fred Upton (R-Mich.) stated that the House Energy and Commerce Committee “has been working with CMS to ensure the Oct. 1, 2015, implementation is achieved.”  And in a formal statement issued, they said, “It is our priority to ensure that we continue to move forward in health care technology and do so in a way that addresses the concerns of all those affected and ensure that the system works.”

The narrowly passed continuing resolution omnibus spending bill, or “cromnibus,” does have some implications for military health IT and rural health IT efforts.  The bill requires the departments of Veterans Affairs and Defense to submit reports to Congress on their progress in updating their EHR system and allocates $14.9 million to the Health Resources and Services Administration to help small, rural hospitals adopt health IT.  These are just a few of the healthcare related implications.

Many industry professionals feel that a delay would just be a waste of money already spent in training and implementation to date.  Many voice their opinions on forums and John Young of Noblis recently stated, “…all of the same overblown excuses, ‘costs too much’, ‘too many codes’, ‘too many other mandates’, etc. are mere sound bites provided by a few industry naysayers…Reality is ICD-9 does not reflect modern medicine nor does a practice need to learn each and every code.”

For as many groups and individuals that are looking for another delay, there are just as many that want no further delays in the implementation of ICD-10. The American Hospital Association, America’s Essential Hospitals, the Association of American Medical Colleges, Catholic Health Association of the United States, and three other hospital associations recently submit a letter to House and Senate leaders stating, ”implementation delays have been disruptive and costly for hospitals and health systems, as well as to healthcare delivery innovation, payment reform, public health, and healthcare payment,” and that they’ve already spent billions of dollars preparing for implementation of ICD-10 and that the most-recent one-year delay “added billions of dollars in extra costs.”

Though ICD-10 implementation was announced in 2009 and scheduled initially for 2013, delays have the current deadline at October 2015.  The U.S. is the last industrialized nation in the world that still uses the ICD-9 code set, which was launched in the 1970s.  For over a year now, medical billing software such as Medisoft version 19 and 20, Lytec versions 2014 and 2015, Practice Choice and Greenway Prime Suite version 17.10  have been ready for the ICD-10 changes.