Why Do I Have to Pay a Fee to Use CPT Code?

Why Do I Have to Pay a Fee to Use CPT Code? 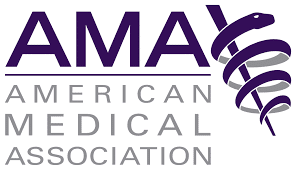 It is a question I have often heard from practices since 2018, and the simple answer is greed. The American Medical Association (AMA) realized they could charge doctors a licensing fee and saw no reason not to dig deeper into the pockets of America’s healthcare providers.

What is the AMA?

The simple answer is that the AMA is a corporation. Founded in 1847 the AMA incorporated fifty years later; as a result, the AMA is a private, for profit company, and NOT a government run agency as so many Americans believe it to be. Despite the stated purpose of the AMA, “To promote the art and science of medicine and the betterment of public health”, their actions suggest more interest in profit than public health, and being a private company there is no government oversite, like we see over government agencies.

How Did the AMA get So Powerful?

The AMA did everything they could in the early and mid-twentieth century to ensure that the government was kept far away from the medical industry. As early as 1939, AMA President, Dr Morris Fishbein said, “… all forms of security, compulsory security, even against old age and unemployment, represent a beginning invasion by the state into the personal life of the individual, represent a taking away of individual responsibility, a weakening of national caliber, a definite step toward either communism or totalitarianism.” If the AMA is truly for the “betterment of public health” as their purpose states, why is the AMA so adamant the government should not get involved, even if it means the elderly and unemployed will not have access to healthcare? In truth, the “betterment of public health” was the furthest thing from their minds; they knew that if the government got involved in the healthcare industry that they would soon place regulations on healthcare, and the AMA would not be able to control the entire healthcare system. Just a little more than a decade after Dr Morris Fishbein pretended to care about freedom the AMA again began a campaign to stop the government from extending Social security to include health insurance for the elderly, you and I know it as Medicare. During the late 1950s and early 1960s the AMA launched “Operation Coffee Cup”. Operation Coffee Cup encouraged the wives of doctors to host what it called coffee meetings. At a coffee meeting the doctor’s wife would encourage her friends to write a letter to Congress opposing health insurance for the elderly under social security. There was even a record made to play at these coffee meetings titled, “Ronald Reagan speaks out against Socialized Medicine” (Remember this it will come back later). Ultimately the AMA was not able to fully kill the bill that would become Medicare and in 1965 President Johnson signed the bill into law officially creating the Centers for Medicare and Medicaid Services (CMS). Just one year later the AMA created their first CPT code set. The first CPT code set published in 1966 remained in use until 1970 when a fifth digit was added to the codes and a new set was published. With each new set came a newly publish guidebook, that every practice using CPT Codes would need to purchase; the AMA was a corporation taking advantage of the free market. Again in 1977 a new set of codes was published this time with a system in place for periodic updates, and by 1983, during the presidency of Ronald Reagan (I told you it would come back) CPT codes were adopted by the CMS as a mandatory part of billing with the CMS. Ever since that time CPT codes have been at the center of American medical billing, granting the AMA a virtual monopoly on the industry.

At the risk of sounding like a conspiracy theorist, one may first ask themselves why the AMA, who all throughout the early and mid-twentieth century vehemently opposed a program like Medicare, would suddenly be elated to see their intellectual property adopted as a key component of the system. Why was the CPT system not introduced to the Medicare program sooner, instead of just a few years after Ronald Reagan took office, and began a massive overhaul and deregulation of the American healthcare system? I am certain that those answers could create an entirely new article so in an effort not to digress too far I will return to the matter at hand, why is the AMA allowed to do this, why can this private corporation have every doctor and insurance company at its mercy? The answer is found in an infuriating legal technicality. The truth is there is no mandate stating that any provider must use CPT codes, but there may as well be. To submit claims for Medicare and/or Medicaid, a provider must use CPT codes, and since most health insurance companies choose to use the same form and process used by Medicare and Medicaid, CPT codes are, ipso facto, needed to submit claims to nearly every insurance, but because at no time was the use of CPT Codes mandated, the codes sets remain the copywritten material of the AMA.

Where does the fee come from?

Royalties; yes, every annual fee for CPT content is a royalty fee to the AMA. The CPT codes, being the copywritten intellectual property of the AMA, are a commodity, so the fee is whatever price the AMA decides their CPT codes are worth. Insurance companies, providers, even billers, any “user” of CPT content must pay the AMA the proper royalty fees. You can find the surprisingly inclusive AMA Definition of User on their webpage to see just how many royalties fees they want to collect. Suddenly the choice to become part of Medicare rather than oppose it becomes clear. Rather than fight government subsidized healthcare from outside the system, they would simply control the program from within, and collect the money spent on healthcare year after year. The financial data of the AMA supports this. According to Forbes, in 2010, the AMA reported $72 million in revenues from “royalties and credentialing products”, almost twice the amount received in membership dues. The AMA’s main source of income is not members working to better public health, it is government spending, which increases year after year, and imposed royalty fees on insurances, and providers alike. The AMA has no reason to stop or even decrease their licensing fees, to quote the AMA 2018 Annual Report, “In 2018, total revenues improved by $13.7 million over the prior year, due to continued growth in AMA’s royalties and journal site licensing.”

Make no mistake, the AMA has a monopoly on the healthcare industry, a monopoly that can only be broken by a call for legislation. While legislation has changed healthcare before, and it can do it again, the AMA will not go down easily. According to the AMA’s own Wikipedia page, “The AMA has one of the largest political lobbying budgets of any organization in the United States”, and still adamantly opposes any single-payer healthcare proposal. They actively work to keep transparency away from the Healthcare industry and as reported by Forbes, “”The AMA has been able to impose on the entire nation the AMA’s obviously self-interested policy against consumers comparison shopping for medical care based on price by suing Web sites and others to prohibit them from posting comparisons of doctor and other medical fees on the Internet using the CPT code.” which used in most medical billing software such as: Medisoft, Lytec and Aprima.

Copy and paste this letter and send it to Washington!

The AMA is holding Healthcare hostage in America! Their ipso facto monopoly over the healthcare industry must be ended, and more transparent billing practices need to replace the current system. The medical professionals of America have no choice but to use the AMA’s CPT codes. There is no alternative in medical billing, leaving every physician in America at the mercy of a money hungry corporation who has no competition.

We are asking you to act on our behalf, and on behalf of the future physicians and patients of America. End the AMA’s monopoly on medical billing and bring transparency to the Healthcare industry. Allow for fair transparency and comparison shopping by patients and give providers a choice of whether they wish to use system created by the AMA.

We need your presence in Washington to create and pass legislation, safeguarding the future of America’s Healthcare industry.

Looking forward to your initiative on our behalf,