Eliminating the Gap in Medicare Payments to Independent Doctors vs. Health System Doctors 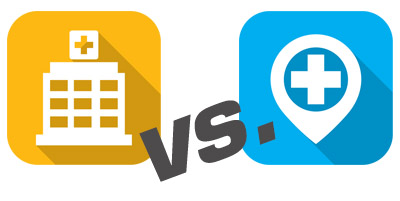 Last week in the Annual Budget presented by President Obama, the White House asked Congress to “encourage efficient care by improving incentives to provide care in the most appropriate ambulatory setting.” What this means in plain English is that the White House is looking to close the existing gap in payments that Medicare (the government health insurance program for those over 65 or disabled) makes to independent doctors vs. health care system doctors.  Yes, payments for the same exact procedure can be vastly different based on where a provider practices medicine. And if the budget is approved, there would be ample savings for Medicare and Medicare policy holders.

A newly formed coalition of medical societies and organizations advocating for representing primary care physicians, health plans, nursing homes and patients, the Alliance for Site-Neutral Payment Reform (ASNPR), authored a letter in January to Congressional leaders calling attention to the gaps in payment.  While the coalition recognizes that hospitals depend on liberal outpatient rates to subsidize under-reimbursed services, they feel that, “Reforms must be further designed to stop hospitals’ reliance on revenue from HOPD services to fund the delivery of unrelated care services. Some hospitals now depend on HOPD payments to cross-subsidize other necessary patient care services, therefore alternative funding sources may be required to secure access to this care.”

There exist many gaps in payments and as an example in 2009 there was a big shift in payments to private practice Cardiologists (for certain tests), yet the same tests done at hospitals did not suffer the same decrease in payout.  This caused many Cardiology practices to sell their practices to hospitals in between 2007 and 2012 the number of Cardiologists working for hospitals tripled.  This trend continues in many other specialty areas leaving patients and Medicare making higher payments to doctors around the country. Many private insurances have followed in these footsteps of payment disparities.

But that could all change now.  While doctors in actual hospitals may still see higher rates, those in hospital outpatient departments (HOPD) would see the same rates as private practice doctors. And according to a White House estimate, this could save Medicare over $30 billion over the next 10 years.  But the Medicare Payment Advisory Committee, a group of experts who advise Congress, want the payment differences tightened only for a certain set of services that are obviously no different when performed by a HOPD doctor vs. a private practice doctor. The equalization proposal is only part of a much larger bigger $431 billion package of Medicare cuts with $350 billion coming from providers and a $1.1 trillion budget in total for the U.S. Department of Health and Human Services (HHS). The 2016 proposed annual budget would also cut the sequestration order mandated by the Budget Control Act of 2011, which required reductions in federal spending and resulted in an automatic annual 2% cut in Medicare payments to providers through 2021.