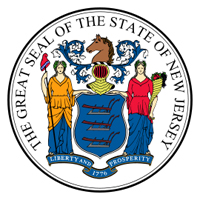 New Jersey failed to submit a revised plan by last Thursday’s deadline for using a federal grant to help uninsured citizens receive medical coverage. The $7.6 million Affordable Care Act grant, intended to assist the state with setting up its own insurance marketplace, has expired and is now forfeit, according to the U.S. Department of Health and Human Services.

While the state originally planned to have its own marketplace, when Republican Governor Chris Christie’s administration decided instead to join Obamacare’s federally-run exchange, the government funds should have been allocated to help with consumer outreach in getting state residents enrolled. The deadline for the submission of a detailed plan for the authorized use of the money was February 20th.

New Jersey’s Department of Banking and Insurance Commissioner Ken Kobylowski requested some flexibility from HHS Secretary Kathleen Sebelius, referencing a submitted plan to use more than half the grant for personnel for the NJ FamilyCare hotline, which has been inundated by calls from state Medicaid patients requesting information about new healthcare changes. Other features of the plan included creating data links between the state and the federal marketplace, and notifying those with chronic infectious diseases of their new coverage options. However, the federal agency “has determined none of those represent ‘allowable’ uses of this grant,” according to Kobylowski’s letter.

A statement by HHS spokesman Fabien Levy noted, “As we have always made clear to the State of New Jersey, we are eager to work with them to rescope their grant… We have reached out to the state numerous times over the last few months in order to avoid a last-minute scramble, but unfortunately the state has yet to send us a request to rescope their grant for any allowable activities.” On Friday, February 21st, the HHS confirmed that “the state never submitted a re-scoped grant proposal for allowable activities under the law, triggering the marketplace grant to now officially close.”

Other changes to healthcare laws, including Meaningful Use, HIPAA, and ICD-10, can represent lost opportunities and lost income to medical practices who don’t stay current. Medical billing software like Medisoft and Lytec allows billing with ICD-10 codes and the use of the new CMS-1500 (02/12) forms. Healthcare technology consultants at Microwize Technology can help prepare you for the upcoming changes; contact us today.