Running Out of Primary Care Physicians? 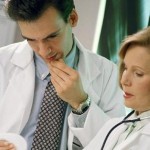 A recent study published in Academic Medicine indicates that under 25 percent of doctors graduating from medical school go into primary care.  The researchers at the George Washington University School of Public Health and Health Services and the Robert Graham Center for Policy Studies in Family Medicine and Primary Care suggest that the country faces a shortage of primary care physicians and that it will only get worse without fundamental changes.

The study, which looked at data about almost 9,000 doctors who graduated from 759 medical residency institutions between 2006 and 2008, also notes that only around 5 percent of those new doctors practice in rural areas of the country.  Residency programs are not required by the government to train physicians to work in rural and other underserved areas, and of the 759 sites included in the study, 198 produced no rural doctors during that time period.

The Affordable Care Act is poised to enable millions of Americans to obtain health insurance over the next few years, and combined with the aging Baby Boomer population and the push towards proactive rather than reactive medicine, this will lead to more patients in primary care offices.  Unfortunately, the graduate medical education system in the US is not addressing the critical shortage of primary care providers, but rather “churning out highly paid specialists who typically practice in big cities or the suburbs.”  The study’s data demonstrated that more support is provided to subspecialty programs than to those for primary care, and “National calls for more primary care physicians, general surgeons, psychiatrists and providers in rural and urban underserved areas are thwarted by federal funding that continues to support training programs without requiring measurement of, much less accountability for, what they produce,” according to one of the co-authors, Anrew Bazemore, MD, MPH.

Approximately 66 million Americans, over 20% of the population, live in rural or urban areas without adequate primary care coverage.  While many consumers are now willing to be seen and treated same-day by physician assistants and nurse practitioners rather than waiting for a physician to be available, even these professionals are in short supply.

The Patient-Centered Medical Home (PCMH), also known as the Primary Care Medical Home, is intended to provide comprehensive primary care and obtain maximized health outcomes via team-based healthcare.  Healthcare IT including Electronic Medical Records software like Medisoft Clinical or McKesson Practice Choice is an important element, and Microwize Technology can help in this regard.