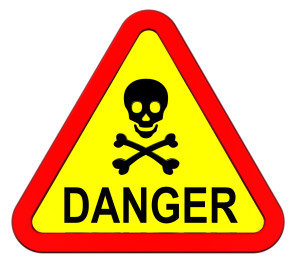 Groups including American Medical Association (AMA) and the American Academy of Family Physicians recently wrote to Centers for Medicare and Medicaid Services (CMS) voicing their concerns stating that “the transition to ICD-10 represents one of the largest technical, operational, and business implementations in the health care industry in the past several decades” and arguing that there needs to be industry wide end-to-end testing as the current testing shows results only for a broad overview of claims.

CMS recently reported no issues with current testing results and stated that there would be continued testing up to the time of the conversion.  The Government Accountability Office (GAO) stated that “The U.S. is ready to move forward with ICD-10 with no further delays.”  The GAO has also stated that CMS is helping prepare stakeholders for the transition with training sessions, teleconferences, educational materials, and monitoring the readiness of providers and payers.

While many, along with those that are a part of the recent letter, are sounding off against ICD-10 stating that its implementation will be downright dangerous, there are those that are in full support of the switch such as D’Arcy Guerin Gue, an ICD-10 consulting professional and journalist, who recently wrote, “The time for weighing in on the negatives – initial costs, complexities, and changes – is over. Organizations that have set this bar early on have already achieved benefits, such as more accurate documentation and resulting cost savings. Their insistence on early physician engagement has also eased apprehension and helped provide a window into the actual impacts ICD-10 will have.”

Juliet Santos of consultancy Leidos Health feels that the lack of specificity in ICD-9 coding hampers the U.S.’s ability to track diseases and it also makes it more difficult to share information with the rest of the world which can be considered a risk to our national security.  She published an article at ICD-10 Monitor that states, “Sicknesses and plagues have become weapons in modern-day warfare. Weaponized bioterrorism is rampant in other countries. … We cannot prevent, monitor, track, manage, and control what we cannot see or find,” referring to the ICD-9 code set which, for example, has no code specifically for Ebola.  It would come under classification 078.89, Other specified diseases due to viruses, a non-descript designation used for multiple viral. In ICD-10, Ebola will have its own code–A98.4, Ebola.  With ICD-10 coding, pandemics, epidemics, weaponized bioterrorism, and other national health threats can be tracked unlike ever before.

The letter-writers with grave reservations point out that there appear to be no contingency plans for disruptions.  They also point out that while the date for the ICD-10 codeset change is October 1st, many Meaningful Use (MU) and Physician Quality Reporting System (PQRS) reporting periods are based on the calendar year, so there will be crossover reporting using different codesets that is going to be quite confusing.  While some groups have wondered why CMS cannot allow for dual processing of both ICD-9 and ICD-10 codes, dual processing is not favored by the industry at large.