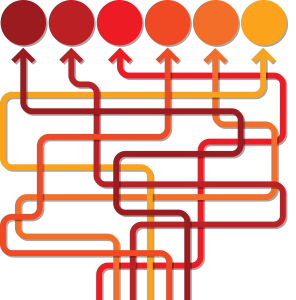 A draft bill is being circulated among Congress that outlines a plan for achieving interoperability (the ability of any authorized user to read a medical record from any source) by year 2018.  This bill is Rep. Mike Burgess’ (R-Texas) plan to appoint a 12 member committee to help develop standards and stop Electronic Health Record (EHR) software from blocking other interfaces. Rep. Burgess’ staff is seeking input from the Health IT community at large on the draft bill and will be taking comments through March 13th. With the Office of the National Coordinator for Health IT (ONC) having recently announced interoperability as its main focus for Meaningful Use, the spotlight is on interoperability and this bill’s ultimate goal is to make Meaningful Use payments contingent on EHR certifications for interoperability (sections d(3) and d(4)).  Some criticism of the bill includes concern that the bill focuses all attention on the technical aspect; ignoring the clinical, implementation and work flow issues that will surely ensue.

The Health Information Technology for Economic and Clinical Health Act (HITECH Act) was enacted under Title XIII of the American Recovery and Reinvestment Act of 2009 and under it over 25 billion dollars are being spent to promote and expand the adoption of health information technology. Niam Yaraghi, a fellow at the Brookings Institution’s Center for Technology Innovation feels that the remaining $7 billion should be spent incenting innovation and that Congress should look outside government agencies for ideas and technical solutions affecting interoperability. Yaraghi feels that “billions of dollars were doomed to be wasted” from the very first day of the HITECH Act and feels that the issues surrounding interoperability do not stem from a “lack of standards” but “rather the lack of long-term market-driven economic incentives.”

From the side of the private sector, Healthcare Services Platform Consortium (HSPC) is trying to settle the interoperability problem by creating an environment to support the development of medical applications through SMART (Substitutable Medical Apps & Reusable Technology), which is a programming interface, and use of HL7 standards and specifications, Fast Healthcare Interoperability Resources (FHIR). Memberships are set, funding has been received, and they are working on setting up a development sandbox for storing and retrieving data from EHRs. They want to make applications available to everyone and if they can do that in a way that the application is actually shareable, meaning that the exact same application can run as part of Epic, Cerner, Allscripts, etc., then it’s a huge win and meets an unmet need.  The big picture goal is to have these services running in an actual clinical setting.