Will Voice Recognition in EHR Take Off? 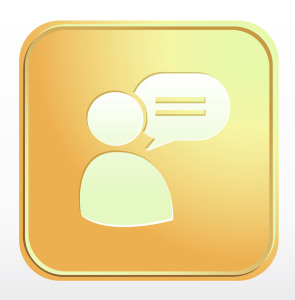 It seems like voice recognition should be a standard in EHR systems given the fact that physicians are ‘familiar’ with the mechanics of it as they have always dictated reports.  But some of the barriers are the integration with many EHR systems, the large amount of clicking to get to the text boxes, and the issues with accuracy that can only be overcome with training.

A 2014 study found that 50 percent of polled providers cited skeptical end-users as one of the biggest barriers to more successful uptake of speech recognition.  As well, physicians are resistant to changes in their workflow.  Receptiveness and a commitment to learn the system is key for a successful implementation.  While many are unreceptive, there are many that are striving to use what they feel can be a time and money saver.

KLAS, a company offering Impartial ratings of healthcare technology to help providers make informed decisions, recently reviewed three of the biggest vendors in the speech recognition field: Dolbey, M*Modal and Nuance and their products in 3 different categories:  speech EMR, front-end speech imaging and back-end speech.  ‘Front-End Speech Recognition’ refers to a system where the user dictates, corrects on the fly so that a document is fully ready when dictation is done – no transcription is needed.  Proponents of this type of system say it is the most accurate as the user will be promoted for more information, if needed and the document is created and authenticated all in one sitting.  But training these systems and the actual use by doctors may affect billable activities.  In the speech EMR category, Nuance Dragon Medical, the only reviewed product, received a relatively high rating. Nuance has the most live clients at this point, with Dolbey second and M*Modal third.

Dr. Brian Yeaman, a family medicine physician and hospitalist as well as chief medical informatics officer for the Norman Regional Health System in Oklahoma, sees voice recognition as a way of making logging notes in electronic health records less of a hassle and uses the Dragon Medical voice recognition software from Nuance Communications.  Norman Regional has found it can save money previously spent on transcription services.   Improving the flow is his use of Nuance’s Powermic, a noise-canceling microphone capable of working amid chaos that proved itself to him during the response to a tornado that had the hospital ER filled to overflowing.

Looking into the future, it is hard to tell if voice recognition will take off.  But as technology in this area grows making integration and usability better, and voice recognition becomes more accurate, there exists a huge market that may adapt it and make it the norm for medical reporting.  Products such as Dragon Medical Practice Edition are ready to be adopted and compatible with major EHR systems.