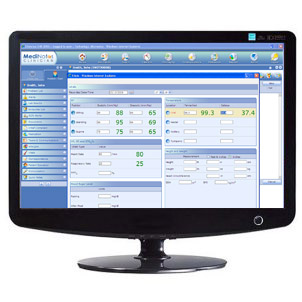 In June Sylvia Mathews Burwell was confirmed as Secretary of Health and Human Services.  Just recently, the Healthcare Information and Management System Society (HIMSS), which represents 57,000 health IT professionals, sent a letter to Health and Human Services requesting that the agency adjust the meaningful use reporting period to a single three-month quarterly requirement vs. a full year of reporting citing that the current requirement could have patient safety implications.  HIMMS feels that the current reporting requirements demand too much in too short a time and that rushed applications could cause patient harm.  Many CIOs agree and several, including Marc Probst of Intermountain Healthcare and Randy McCleese of St. Claire Regional Medical Center, have spoken before Capitol Hill.

As well as addressing the meaningful use requirements, HIMMS executives also want to see incentives for interoperability which refers to how systems and devices can exchange electronic health record data and interpret that data. Probst has also been very outspoken about this topic and the Office of the National Coordinator (ONC) appears to agree calling interoperability a “top priority”. The ONC has worked with The National Institute of Standards and Technology (NIST) to develop an interoperability testing platform that rigorously tests that EHR technology can send, receive, and incorporate standardized data using a specified standards and protocols.

Use of EHR systems continues to spur progress and a report by Office of the National Coordinator for Health Information Technology showed that in 2013, 59 percent of hospitals and 48 percent of physicians had at least a basic EHR system (respective increases of 47 percentage points and 26 percentage points since the Health Information Technology for Economic and Clinical Health (HITECH) Act became law in 2009.  And an ONC report said that in 2013, 69 percent of physicians are able to order lab tests electronically and 77 percent stated they can review lab results electronically.  There have also been far reaching achievements with regard to e-prescribing with a fourteen-fold increase of use between 2008 and 2013.

Some of the top names in EMRs today include Medisoft Clinical, Lytec MD, McKesson Practice Choice, and Greenway PrimeSUITE.  Healthcare technology consultants at Microwize Technology can give you more information on any of these highly rated EMRS.  If you are looking to update your system or switch to a new system, call Microwize Technology today.